“Miracle Worker...Satisfied is an Understatement” - Client

Simon is One of the Top Criminal Defense Attorneys in Ann Arbor, Say His Peers - Ann Arbor Observer

“His cross-examination is unreal.  His ability to see two steps ahead is magical to watch.” - Client’s parent

“He was a mastermind of how to bring about the truth… He was able to protect my child’s reputation.” - Client’s parent

“Mr. Simon proved to be an outstanding attorney who has a clear grasp of the law as well as the court system.” - Client’s husband

“Joe went above and beyond our expectations as a counselor. He was instrumental in protecting my son's reputation both in and outside the courthouse.” - Client’s parent

“Joe Simon is AMAZING. As a parent of a son who was facing the scariest time in his life, Joe came highly recommended and exceeded all expectations.” - Client’s parent

“Mr. Simon and his office resources will do everything in the power of the law to take your case on and offer the best possible outcome.” - Past client 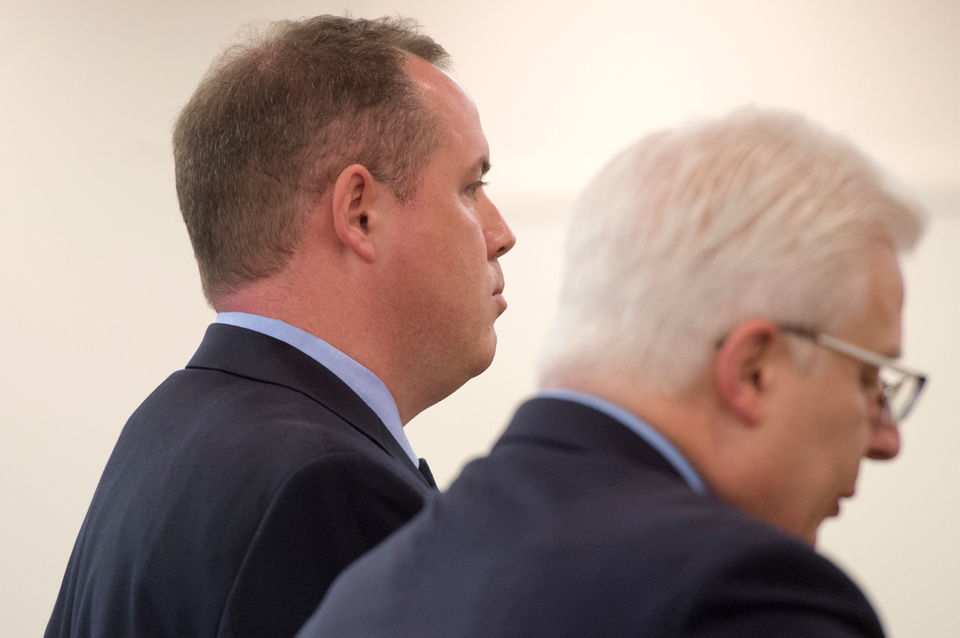 ANN ARBOR, MI - An ex-University of Michigan Athletics staffer accused of fighting with police after crashing into a car while driving "super drunk" in Ann Arbor has been sentenced to probation.

Fergus Connolly was sentenced to 18 months probation, six days community service, a fine of $1,500 and a suspended sentence of one year in jail during a hearing before Washtenaw County's 15th District Court Judge Karen Valvo on Thursday, June 21.

Connolly pleaded no contest to one misdemeanor count of operating with blood alcohol content of 0.17 or more, and two counts each of assault and resisting or obstructing police. Four additional misdemeanor charges were dropped in exchange for the no contest pleas, records show.

"This is a person who suffered an episode of broken spirit," said his attorney, Joe Simon. "This is not who he was before that day and it's not who he is now. It is extremely unlikely something like this will happen with him again."

READ MORE at the link provided.

Call us at 734-887-6200 for urgent matters. For non-urgent matters, you may also contact us through this form and we will reply promptly.
Thank you! Your submission has been received! We will contact you as soon as possible.
Oops! Something went wrong while submitting the form.

Located in Ann Arbor, Michigan, the Law Offices of Joseph A. Simon handles all criminal defense matters primarily in Washtenaw County but also service all surrounding counties. Contact us to receive a free, confidential consultation with one of our attorneys.

Call Us at (734) 887-6200Contact Us
About Us
We are a full-service criminal defense law firm. This is our lone practice area and we represent persons charged or being investigated for all criminal offenses from traffic matters to homicide. If you or a loved one are facing criminal charges or a police investigation, you can have no better ally than the Law Offices of Joseph A. Simon.
Contact Us
Law Offices of Joseph A. Simon, PLLC
1310 South Main Street, Suite 11
Ann Arbor, Michigan 48104
‍
PHONE: (734) 887-6200
Why Choose Us?
Our attorneys have practiced solely criminal law their entire careers, having an unwavering commitment to the importance of providing excellence in criminal defense to withstand the resources of the government. Our passion and commitment to help, along with a tireless work ethic, combine to achieve our results, our accolades and our excellent client reviews.
Copyright 2020 The Law Offices of Joseph A. Simon | All Rights Reserved
*Martindale-Hubbell® is the facilitator of a peer review rating process. Ratings reflect the anonymous opinions of members of the bar and the judiciary. Martindale-Hubbell® Peer Review Ratings™ fall into two categories - legal ability and general ethical standards. ** Only the top 100 qualifying attorneys in each state receive this honor and are selected for membership among America’s Top 100 Criminal Defense Attorneys.®  Less than one-half percent (0.5%) of active attorneys in the United States receive this honor.